This wee project is hands down the most epic I have ever undertaken, and a perfect example of my inability to say no to a challenge!

I pushed my sewing skills to the max. Learnt more in the short space of time, than I think my whole sewing career to date. Ended up saying yes to everything I declared I would not do! But, most stupendously I welcomed my serger into my life!

This tale all started when my sister-in-law approached me about making dresses for her bridesmaids... I was half flattered, half terrified.
I mean a wedding is not a time for Becky-Homecky to come out to play... also I'd never made anything for someone I didn't know really well - which implies a certain level of understanding. Namely tolerance for multiple fittings and my unique creative project management style (read last-minute charlie! sewing down to the wire!). Haha in fact the last bridesmaid dress I made was for my sister (for my own wedding) and I put the final hand-stitches in at the hairdressers the morning of!


But, at the end of the day coming from a family of makers, I was never really going to say no - when family has big events we just roll up our sleeves, put on our creative hats, and pitch in!

Let's start off with some key facts... because I'm a dork who had fun calculating these, and I still can't believe I finished!


Phew!! but as you can see above fully worth it eek!

This was a vogue pattern party, all dresses use the skirt from Vogue 8901 with different tops for each left to right:


All of these patterns were pretty good - the usual fitting adjustments that come with big four and their generous ease. I think I would make the V8901 again - mostly because it's the closest to my personal style. However, as much as I love the final look, and the way they move in chiffon, I'm on a fairly long hiatus from that devils fabric!

Bahaha too many to count!


Phew, ok and with that here's another pretty pic!


So that ends the tale of the six bridesmaids all done up in peach. I'm happy to report several of these were worn again by the maids themselves! In addition, some have now been donated (and already snapped up) to a lovely charity Ginas Closet Bridal. With all the proceeds going to cancer charities in the region.
Labels: Dresses 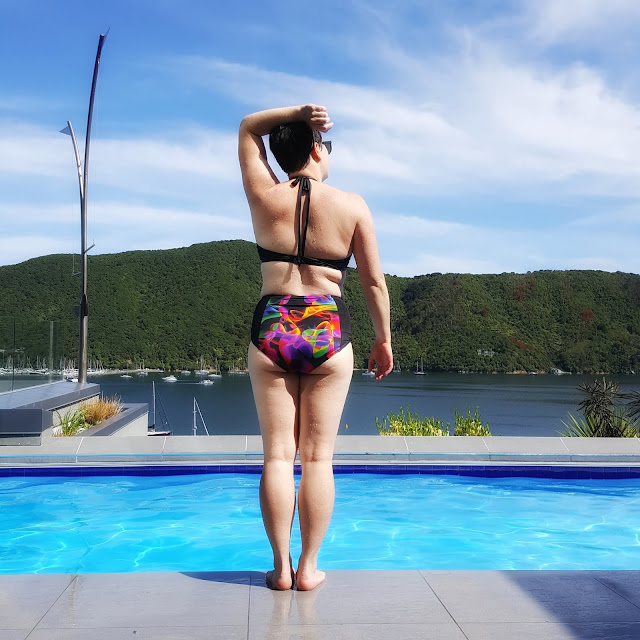